Born in Toulouse in 1958, Jean-Dominique Krynen received his initial musical training in his hometown. Having settled in Paris, he devoted his studies to writing of music, first with Yvonne Desportes and later at the Conservatoire National Supérieur, where he won 1st prizes in harmony, counterpoint, and orchestration in the classes of Alain Bernaud, Jean-Paul Holstein and Serge Nigg.
During his studies from 1978 to 1986, Krynen attended courses in music phenomenology as well as the summer academies in conducting held by Sergiu Celibidache in Trier, Mainz and Munich. He owes the core of his artistic ideas, like the universality of tonal sense, and modulation as the supreme spatio-temporal structure in music, to the influence of the latter Maestro.

A self-taught composer, Krynen’s oeuvre emerges over the years at the margins of the avant-garde aesthetic, in the intimacy of a very small circle of musicians, among which the composer Stéphane Delplace played a decisive role. Jean-Dominique Krynen confirms his vocation as a composer during the years spent at the Académie de France in Madrid (1992 to 1994, Casa de Velázquez – the Académie des Beaux-Arts competition). At the same time, his continuing interest in music education has provided him with many opportunities of professional activity: teaching, orchestration, revision of editions, translations (Manuel de Falla, On Music and Musicians). 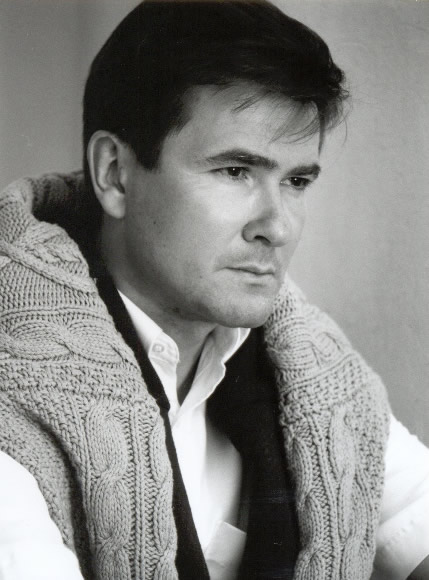 Cantar de mio Cid n° 3 is the final movement of a Sonata for guitar written for and dedicated to the French Master of the guitar Gérard Abiton as well as to the master of Andalusian poetry Antonio Carvajal. One can find in this movement an epic dimension expressed in virtuosity, while the first two movements of the Sonata are more related to the inner aspects of this unique historical adventure.
The score will be available to participants upon completing their application.