David Tanenbaum has performed a wide-ranging repertoire in more than 40 countries, and is recognized as one of the most eloquent proponents of contemporary guitar repertoire.

Among the many works composed for him are Hans Werner Henze's guitar concerto: An eine Äolsharfe, which he performed throughout Europe and recorded with the composer conducting. Composers Roberto Sierra, Terry Riley, Lou Harrison, Aaron Jay Kernis have also written pieces for him.

David Tanenbaum can be heard on more than 35 recordings on EMI, New Albion, Naxos and other labels. His Nonesuch recording as soloist in John Adam's Naive and Sentimental Music with Esa-Pekka Salonen and the Los Angeles Philharmonic was nominated for a 2002 Grammy.

His most recent release is the complete guitar works of Sofia Gubaidulina on Naxos. A charismatic educator, he holds the chair of the Guitar Department of the Conservatory of San Francisco, USA. 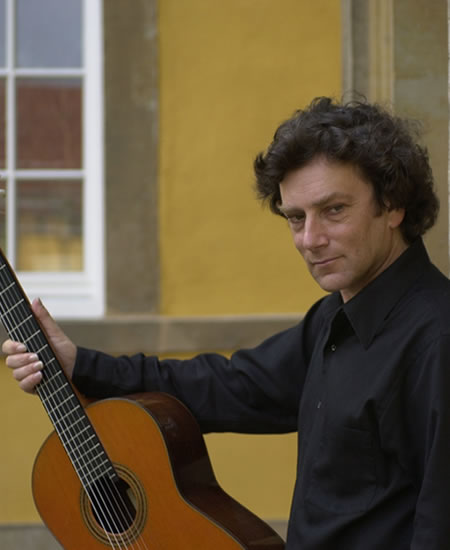