Walter Zanetti, graduated from the Conservatory of Bologna, obtained a Master degree as concert performer from the Ecole Normale de Musique A. Cortot in Paris.

An excellent performer and winner of some of the most important international competitions for classic guitar, he is known as an experimenter and improviser who explores the combination of classical, electrical and ethnic sounds.

The eclecticism of Zanetti’s artistic work is illustrated by his CD Cantos Yoruba de Cuba, dedicated to afro-cuban music for solo guitar inspired by the Sacred Rhythms of Cuban Santería, the concert-installation Boîte à Musique and his collaboration with the composer and violinist Eyvind Kang.

His latest CD, dedicated to original lute works by Johann Sebastian Bach, was recorded after a study period of baroque performance practice with Norwegian lutenist and theorboist Rolf Lisveland.

Walter Zanetti is currently Professor of guitar at the G. B. Martini Conservatory of Bologna. 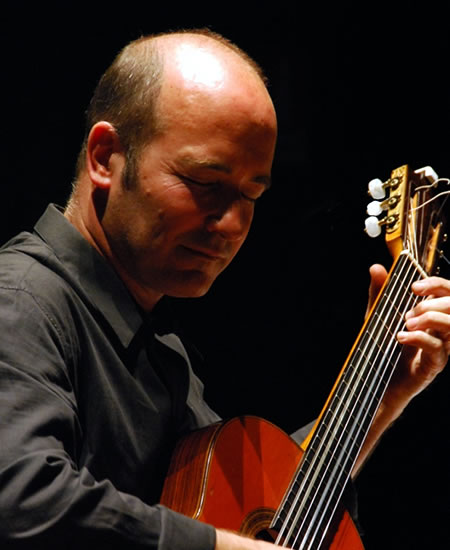